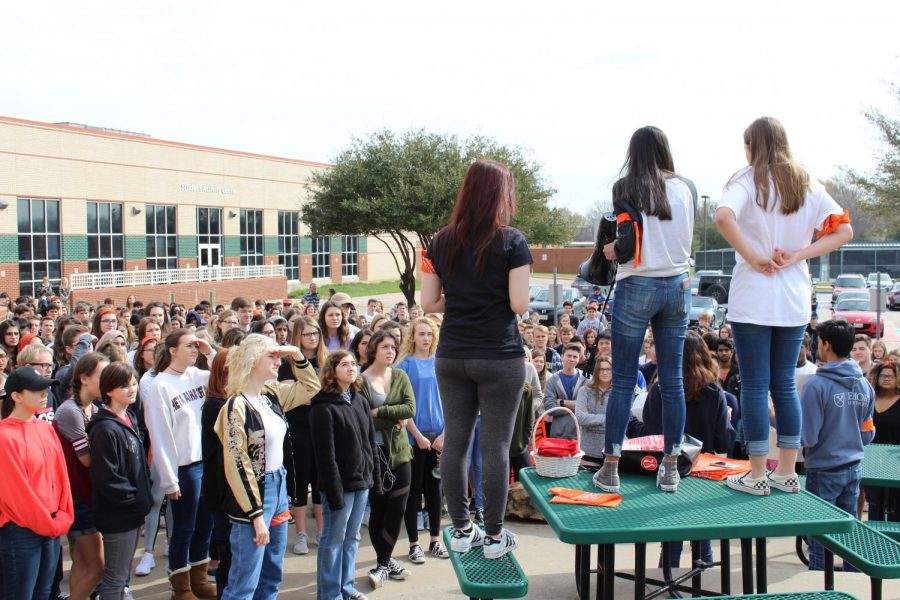 At 10 a.m. yesterday, more than 100 students walked out for 17 minutes in response to the Feb. 14 school shooting in Parkland, Fla. The gathering was led by Alanna Miller (11) and Anika Shah (11) with Katie Silverman (12) who spoke about her personal experience with the Parkland shooting. It began with powerful speeches, a song by members of CSHS choir, a butterfly release to symbolize each victim and ended with a moment of silence. Media were not allowed on campus but there was a CBS Dallas helicopter live-streaming the event above campus. 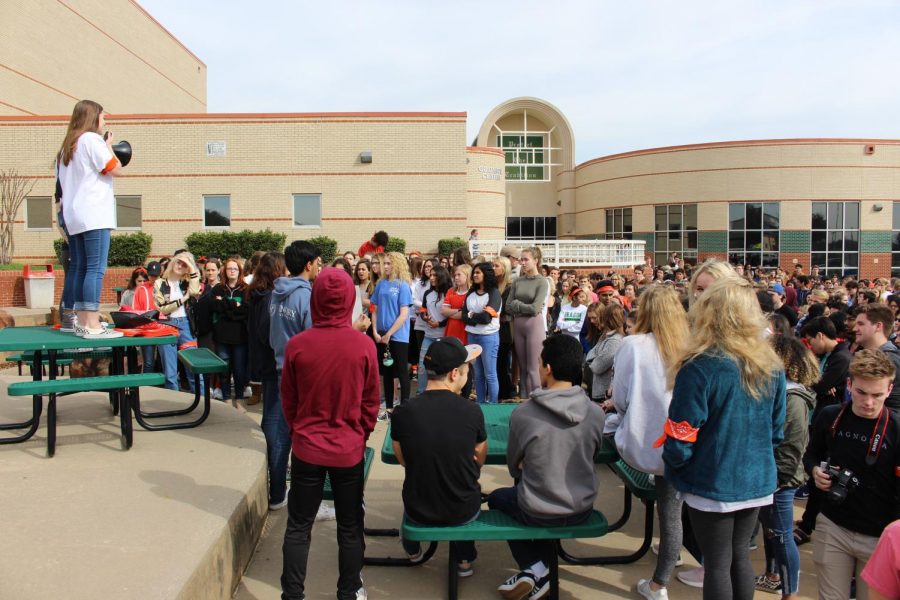 Gallery|6 Photos
Alanna Miller (11), Anika Shah (11), and Katie Silverman (12) address a crowd of CSHS students at the beginning of the walkout.