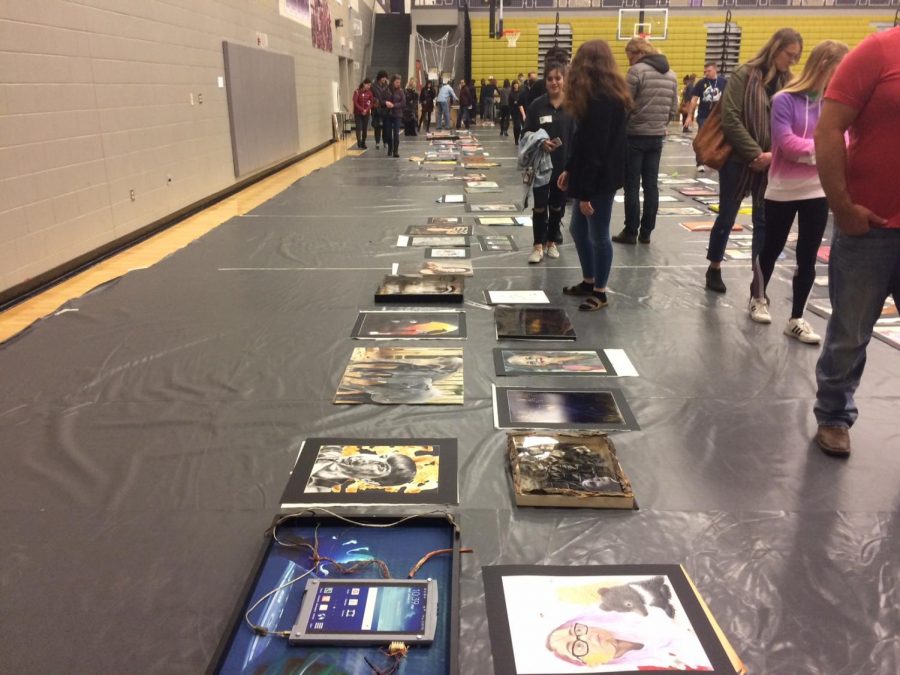 Gallery|7 Photos
Students walked around the gallery to see other people’s artworks and pieces.

As a freshman last year, I was nervous to go to the interview, to say the least. I found my room and waited until I was called in. The lady who was going to ask my about my portrait welcomed me and melted all the anxiety away. She asked me about the meaning, the message, the elements, everything I was expecting, while she jotted down notes and eventually dismissed me with a smile.

This year as a sophomore, I had two interviews for two pieces of artwork. One of the interviewers was strangely quick, and so gratefully easygoing. The second I can easily say was less enthusiastic, going through the process like she had been all day, but, nevertheless, listened to what I had to say. I kept in mind that they actually had been there all day.

The interviews aren’t as bad as first-timers may think they will be, but I would never say it was the pinnacle of the day — that part would revolve around making memories there with my friends.