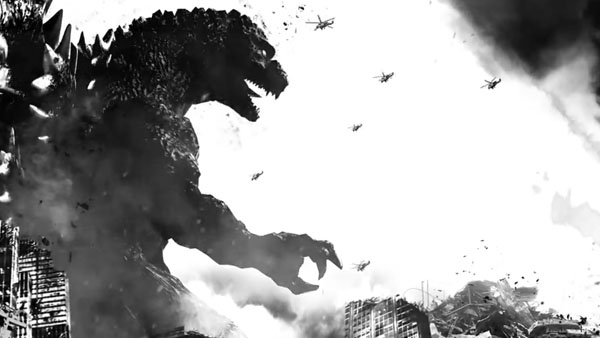 In 2019, Godzilla will return to face off against King Ghidorah in the new movie, Godzilla King of Monsters. Ever since the 2014 Godzilla movie came out, I’ve been eager to see this giant nuclear dinosaur grace the silver screen once more. Even though Godzilla only had ten minutes of screentime in the last movie, it was still enough time to leave an impression. Every single second that the king of the monsters was on screen was epic and accelerating. His chilling presence alone made the movie worth every dime. Now that there’s a sequel on the horizon, we get to see more Godzilla and that is the greatest news I have ever heard.

The new movie coming out in 2019 promises not only more screen time for Godzilla, but also more monsters and more action. King Ghidorah, Mothra, Rodan, and the king of monsters himself, Godzilla, have been confirmed to appear in the film. Ghidorah is depicted in past movies as a massive golden dragon with three elongated heads and wide scaly wings. Mothra is a large moth with bright orange and white wings. Rodan is a giant pterodactyl/bird creature that can decimate entire city corners with a single flap of his radical wings. The film seems to be borrowing elements from previous Godzilla movies as well. The new film shares the same four monsters that appeared 1964 film, Ghidorah the Three-Headed Monster. The film also shares a similar origin for Ghidorah as the 2001 movie, Godzilla, Mothra and King Ghidorah Giant Monsters All-Out Attack , with the monster being found frozen underwater.

The movie is going to be directed by Michael Dougherty who was also the director of the movie Krampus. It is also going to part of Legendary’s new ‘Monsterverse’ and will be followed by the recently announced, Godzilla vs Kong.