Tenet: the most “Nolan” film 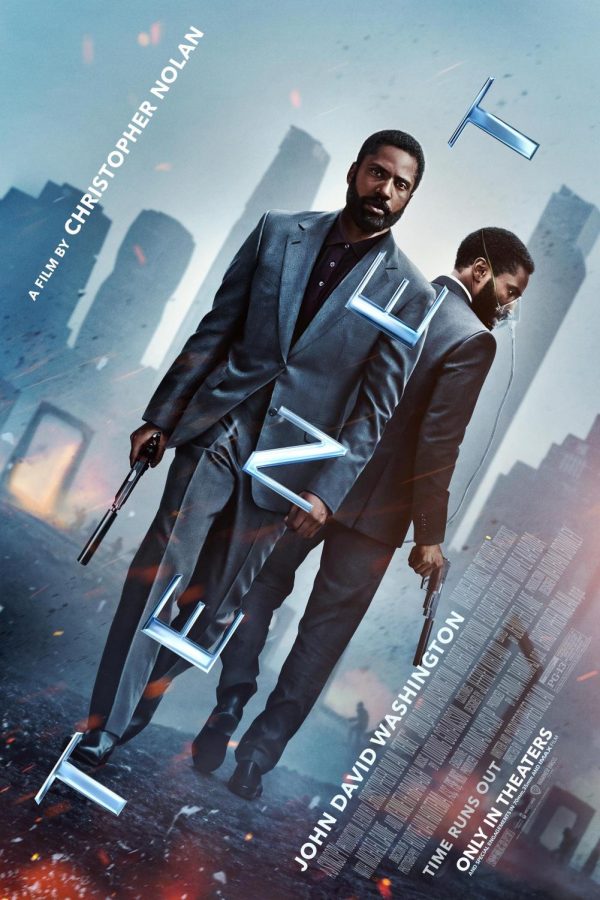 The opening weekend of a Christopher Nolan movie is always a time in which studios grin at the prospect at making massive monetary profit from two days. Previous Nolan films always made their budgets back quickly, such as “The Dark Knight” (2008) which made $155.3 million, “Inception” (2009) which made $62,785,337 million, and “Dunkirk” (2017) which made $105 million. Those are tremendous blockbuster results which have established Nolan as a powerhouse director. His latest film, “Tenet”, however, made only $9.5 million.

What just happened? Nolan undoubtedly thought to himself.

The Covid-19 pandemic has affected virtually every single thing on the planet, and the business of the theaters is no different. Theaters had to close down all throughout late spring and almost the entirety of summer. During this time, studios experimented with releasing films on digital, such as the animated film,” Trolls: World Tour”, which according to the streaming service far exceeded expectations. Disney also dipped their toes in the water with their “Mulan” remake. So with lockdown seemingly coming to an end, studios decided now was the time to release a movie in the theater. The test subject was “Tenet”.

I was there for its opening weekend; I arrived late and chose my seat and then walked into the theater lackadaisy with my father. We realized soon that nobody was in the theater yet, but we assumed that people were just late. As time went on and the movie started, we realized we had the theater to ourselves. For us, this was very enjoyable, but movie theaters must be beside themselves in panic.

In terms of the quality of the movie, “Tenet” is the most Christopher Nolan movie to ever exist. To me, a Christopher Nolan movie is defined by a few characteristics. They always have a lot of action with fast editing, similar scores, some plot that is either a heist or a need to save the world, a diverse cast of characters, and of course, really intriguing ideas. These are not necessarily bad – in fact, when done well (which they almost always are) they can be great. It’s just his style of filmmaking. This particular movie is an amalgamation of a Bond movie, contains all the tropes from his previous works, and of course, had a lot of money pumped into it. It stars John David Washington, Robert Pattinson, Elizabeth Debicki, and Kenneth Branagh. The movie is ambitious and in some ways is very impressive with special effects and action sequences, but to me falls flat with its script, characters, and plot.

On the positive side, the movie is very ambitious. A lot of time was put into thinking of the action sequences, and the effects were wonderful to see. Some shots were really interesting and the lighting in some scenes I felt was great, mostly during the torture scene. The acting was all decent enough, the music was fine, and the opening scene was a great way to start the film, except for the fact that it has little relevance to the narrative as a whole.

There were a few key problems for me, though. As stated earlier, Nolan likes to insert creative devices and mechanics into the film so he can find new ways to do action. For example, Inception revolved around the concept of going into someone’s dream, in which things can be edited and changed around in order to find some facet of information that the characters require. This movie uses the concept inversely, in which certain things and people if affected by certain things, will be acting things out backwards. It is the concept of time travel, in which a time traveler moving normally, will be viewed by others as moving in a very stilted manner. If that sounds confusing, it is — and that’s the problem. The movie has some exposition at the beginning which explains it to a certain extent, but describing such a concept is hard to do in words. It leads to a lot of interesting scenes, such as the first fight scene in the art gallery/airport, and the aforementioned torture scene, which was my favorite part of the whole movie. However, with such a confusing idea leads to the biggest flaw of the movie, the plot will at times become incomprehensible.

The general plot of the movie is very basic and easy to understand; an American agent has to stop an arms dealer from starting World War III and save the world. Simple enough, but an issue I noticed is that characters would just go place to place with maybe a line of dialogue explaining why. It felt a little confusing. Tenet suffers after the main character (played by John Davd Washington) goes back in time to save Katherine, and things start happening for no reason. So even though the plot overall is basic, it gets really cluttered at times, which is not a great combination. The script is also everything I expected, which made it boring. You never want a movie where people can predict the next line someone is going to say.

The characters in this movie — well, they certainly exist. I think. I had to look up the names of the characters, and was befuddled when I saw that the main character’s name is “Protagonist,” as in, he was never given a name. He’s a soldier who is calm and collected at all times of the day, only showing any emotion when he’s angry or sad. He has no character. He’s really just there to look cool and run around. The one instance I remember when he showed character is when he made a joke right before he was going to be attacked, which I liked, because it showed a snippet of his personality. He never does anything like that again. John David Washington is a good actor, but I fail to see why he is so restricted in this role. Robert Pattinson is Neil (no last name) and he’s a suave guy. He is the most enjoyable to watch but doesn’t have a lot of depth., which is a shame because Robert Pattinson is a fantastic actor; his performance in “The Lighthouse” is a standout, and everything else he has done is great. Except for his role as sparkle Dracula. Elizabeth Debicki plays Kat, and she actually has a character. She hates her life and wants to leave her abusive husband but can’t bear to leave her son. Her motivation is simple, but at least she has a personality. The villain is Andre Sator who is played by Kenneth Branagh. He’s a terrible person who maybe has love for his family and wishes they would love him too. I got the notion he was depressed and just wanted happiness, so he does have a bit of a character too, but it’s hard to see when he’s being stereotypically evil. He lacks subtlety in some areas, but he’s not a bad antagonist. I felt that this Russian arms dealer had a fraction of the depth that other “Tenant” antagonists, like the Joker played by Heath Ledger.

The characters of this movie are far less developed than in other Nolan movies. They serve as conduits so that cool things can happen to them. But I don’t see why they had to be so simple and devoid of character. In “Memento”, Nolan made the main character have a condition in which he has no short term memory. His characteristics fluctuated with each scene, but he clearly had a character and at least a name. With Inception, the main character is a man named Dom Cobb, and while he’s not as interesting and has a pretty trite motivation, he’s got a great backstory. Each of these characters were played by great actors, but the actors in Tenet could’ve been equally as great had they been given the right lines.

Overall, I felt the movie was just alright. It was super ambitious, but the story, script, and even at times the performances fell flat. The most interesting part of this movie coming out was seeing the reactions from the studios. They immediately moved all of their movies back to later this year and even some to next year. When a Nolan film does this bad, it seems there is no way for any other movie to stand a chance. As people become more accustomed to streaming, movie theaters might just become obsolete.