Innocent citizen murdered in their own home by police officer, again 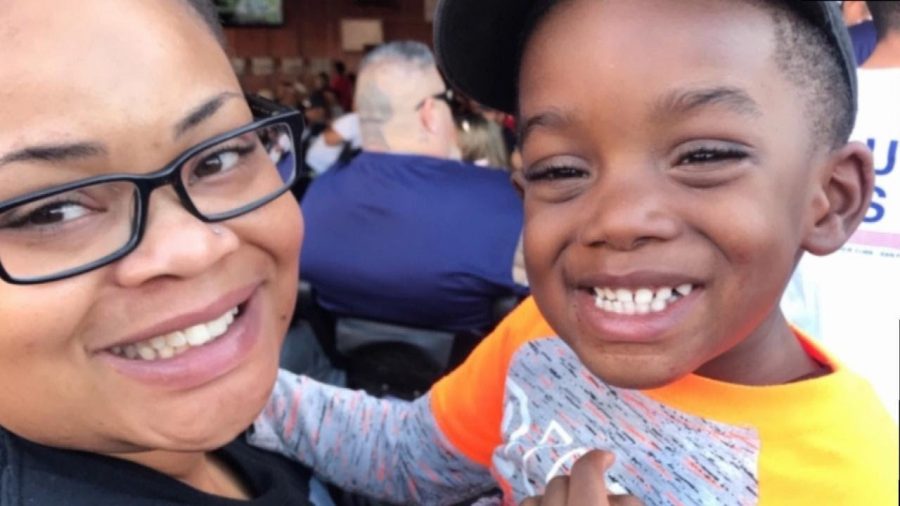 At 2:25 a.m. on Oct. 12, Atatiana Koquice Jefferson, 28, was shot and killed in her own home, by Fort Worth police officer, Aaron Dean. The murder comes only a few weeks after the trail of Amber Guyger, a Dallas officer who was sentenced to a minimum of five years after murdering Botham Jean in his own apartment and neglecting to perform emergency aid.

Police brutality has been a long standing issue in the US, with black Americans being three times more likely to be murdered by a police officer. Additionally, between 2013 and 2018, police brutality was the seventh highest leading cause of death in black men. Reports show that 25 percent of black Americans killed by police were unarmed.

The trial of Amber Guyger re-ignited the conversation of police brutality following the murder of Jean on Sept. 6, 2018. The trial, which took place in September of this year, found Guyger guilty of murder, and left her with a 10-year sentence, with a chance at parole after only five. Many white Americans argued that we as a nation should focus more on forgiveness, while more left leaning groups and POC argued, rightfully so, that a 5-year sentence was unreasonably short for a murder charge.

Days after the Guyger trial was closed, key witness, Joshua Brown, was murdered getting out of his car at his apartment complex. Brown was a key witness in the trial, testifying that he was in the hallway at the time Guyger entered Jean’s apartment, and that while both parties acted surprised, he never heard Guyger announce that she was a police officer, nor did she tell Jean to put his hands up.

Months earlier there was a shooting in Dallas in which Brown was shot in the foot, and his friend was killed, and he explained that this was why he ran once the gunshots went off. In addition to overhearing the conversation between Guyger and Jean, Brown testified to the layout of the complex, highlighting the fact that while all the apartments had differing furniture, the hallways themselves were decorated differently meaning that Guyger should have known immediately that it was not her floor.

Guyger was reportedly having an affair with her married partner, Martin Rivera, whom she was on the phone with that night when she mistakenly walked up to the wrong floor. Immediately after fatally shooting Jean, Guyger texted her partner for help, rather than performing emergency care on the injured Jean, even though there was a first aid kit available to her. Many believe that the intimate conversation held between the two played a major role in her blatant disregard for her surroundings.

Botham Jean’s murder was the result of an utter failure to follow correct protocol on Guyger’s part. She was unaware of the layout around her, not noticing that she was at the incorrect apartment as well as being on the incorrect floor. She illegally entered Jean’s apartment, neglected to relay her status as an officer and to tell him to place his hands above his head, then shot to kill. The utter lack of protocol has turned the media and activist groups on the police force as a whole, accusing the current training courses of being ineffective.

Mere weeks after Amber Guyer was given a mercy punishment, a similar case took place in which a black citizen was shot and killed in their home by a white officer due to that officer not deferring to his training. On Oct. 12 Atatiana Jefferson was living with her sick mother, while babysitting her 8-year-old nephew. A neighbor that while the screen door was shut, the main door was open, he then called the non-emergency hotline to do a welfare check, as he was worried Jefferson’s mother had collapsed.

When the police arrived the disregarded protocol and did not attempt to knock on the front door or get the attention of anyone living in the house. Instead, they went around to the back yard and crept around near her windows. Jefferson was still awake with her nephew playing video games when she heard someone in her backyard, Jefferson grabbed her firearm, which she had a license to carry, and walked towards her window.

Body cam footage from the night revealed that the moment officer Aaron Dean saw Jefferson walk up to the window he screamed for her to put her hands up, but failed to announce he was a cop. Before Dean finished speaking he had fired, the bullet traveling through the window and killing her.

Just under 4 seconds passed in the time between Jefferson stepping into view of the officer, and the officer firing at her. Initially many believed Jefferson had been pointing the gun at Dean, this being legal in the state of Texas both due to the open carry law and the castle doctrine, which enables citizens to stand their ground and protect their property or themselves, if threatened, without legal charges being pressed. However, Dean’s partner admitted that the gun was out of their line of sight, meaning that as far as Dean was aware, Jefferson was unarmed.

Whether cops involved in acts of police brutality truly act with malice towards POC, with the intent to cause harm, is a highly debated topic in today’s society, and the true answer varies case by case. In the cases of Atatiana Jefferson and Botham Jean, they were innocent black citizens who were in their own homes and were murdered for it.

You can put an officer in training for months, and in that span of time you can teach them proper technique and protocol. You can teach them how to fire a gun and teach them the miranda rights. You cannot, however, undo years of ingrained racial bias. There is no class on how to undo the stereotypes that you’ve relied on your entire life.

The duty of the police force is to protect the people, yet we live in a world where an entire group of people is afraid of being murdered by those paid to keep them safe. Guns and badges are placed in the hands of racists while government officials turn a blind eye and bury the names of innocent black citizens murdered for speeding, or sitting in their own homes.

While false punishments are handed out in the form of paid leave, retirement, or five years for a murder charge, the police force, the legal system, and government officials need to take responsibility for the major role they’ve played in furthering police brutality. Thoughts and prayers are not the equivalent of justice.