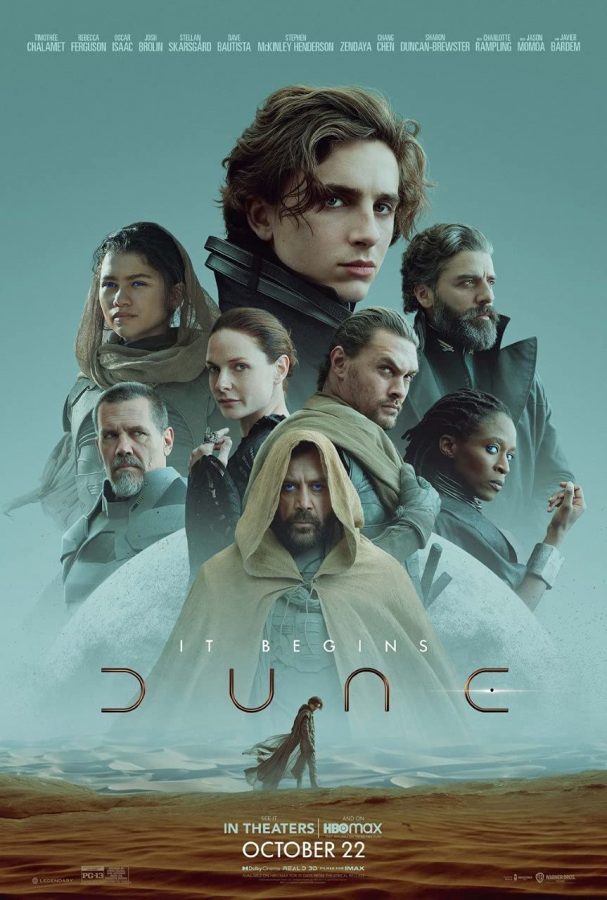 Over the past weekend, I was finally able to see “Dune” by Denis Villeneuve in theatres as it released to much anticipation in the US following a long two week hiatus since the first release in Europe and at various film festivals. I sat down, burrowed my way into my chair for a two and a half hour extravaganza of a space opera… one that ended as it began: with a big title of ‘To be continued”, a la “Lord of the Rings.”

I suppose it is the most keen way to continue a franchise of old, highly revered books into a film saga; to make a part one, then a few years later continue it. The film itself was a feat of massive proportions I have not seen since Endgame back in 2019, one so filled with grandiose and true-to-novel scenes of drama and political intrigue combined with massive displays of the latest CGI technology in battles. Oliver Isaac’s performance as “Leto Atreides” was magnificent, a superb actor in the perfect role, as well as Rebecca Fergerson’s role as a mysterious wife to him, a plotline that (while making little sense to me) had my curiosity intrigued nonetheless.

All of this to the side, it still felt lacking in many ways. The story was a mish-mash of various sections from the book that all had to be at least mentioned to satisfy the crowd of novella nerds that the directors anticipated, and were correct in assuming, would descend upon the film for every miniscule detail. Nothing was truly resolved, come the end – as clarified in the beginning of the film, it was simply “Part 1” to a much grander story, leaving a slight taste of ‘eh’ in my mouth at the end, despite all its positive aspects. An unfinished tale is still unfinished, especially ones that end during a pivotal plot turn.

The movie is great, no doubt about it, but it just needs part two… maybe even a part 3, depending on how the production is structured, to fully make the story come together, to form some sort of resolution and to not simply say “‘till next time!’”, when next time is likely two years away.