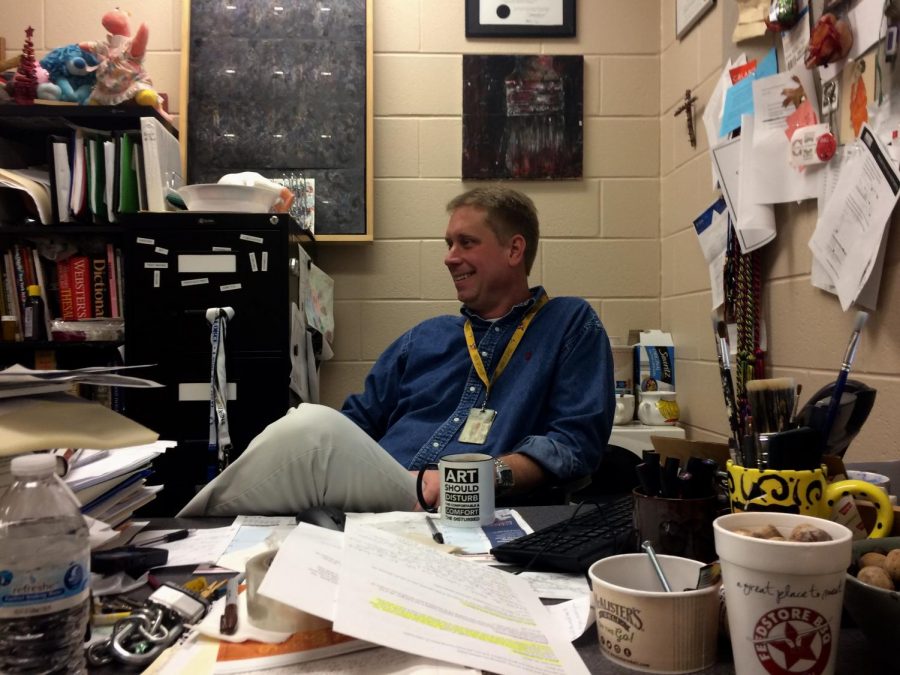 Obsession of a creator 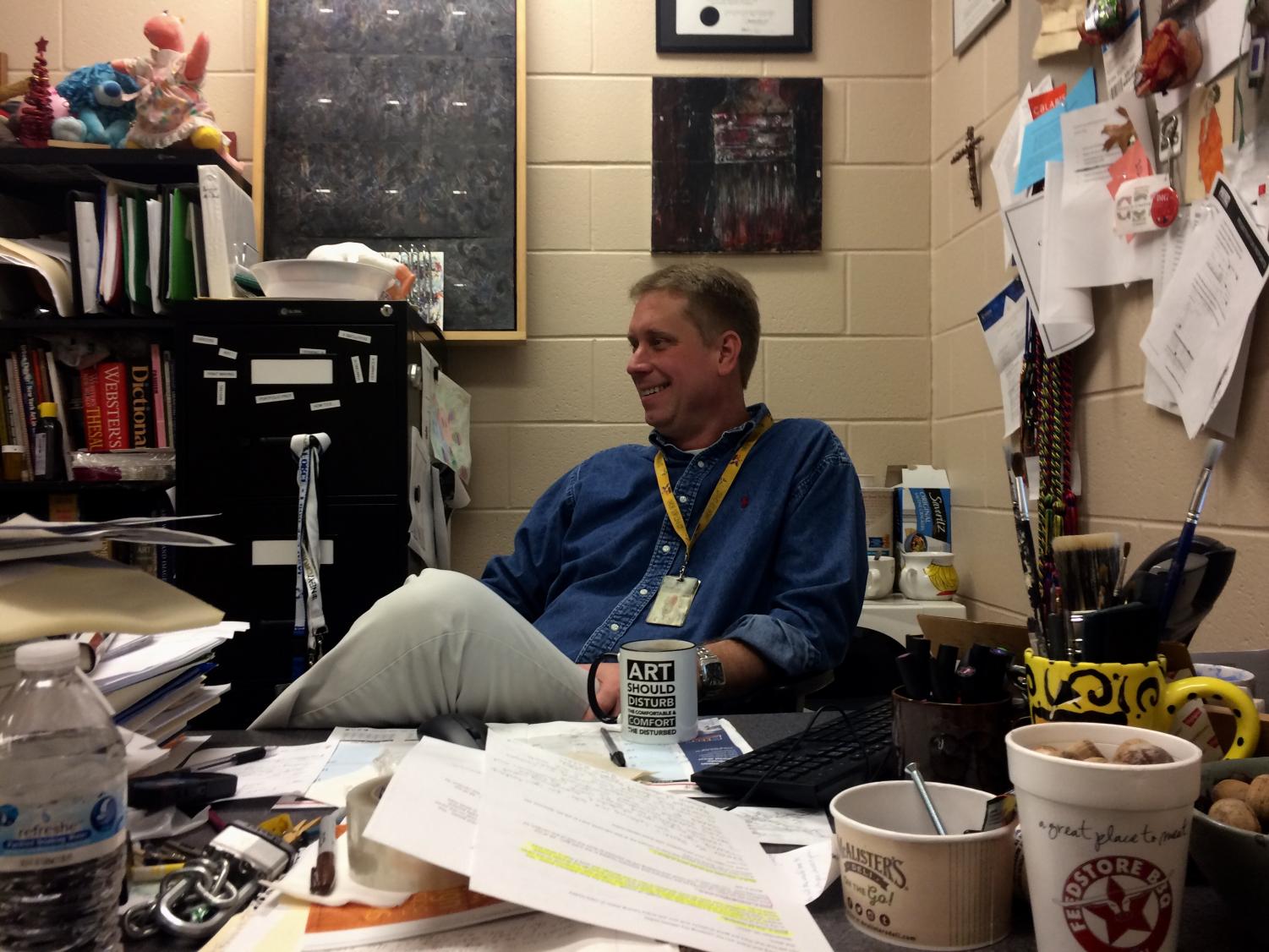 Obsession of a creator

How an art teacher achieved his dream

His students walk into his studio every other day, posters, portraits and artwork coating the walls with a U of tables surrounding center stage, where he speaks and teaches his passion.

Eric Horn, art teacher, says that since he has the ability to do something well, he has the responsibility to teach it. He wasn’t born a prodigy, but was born with an unstoppable obsession to turn his ideas into tangible pieces of art.

“The first thing I painted were landscapes… in third, fourth, fifth grade… and I did it because I always enjoyed being outside and being able to run off into the prairie and hills,” Horn said. “It was an escapist tendency to develop a fantasy world that I could play in or even to capture my world that I wanted to be in.”

Horn’s passion began as simple play, comparing it with a child playing with an action figure’s world. They could move objects around the way they want it and create their own world.

“I would just do that with fences and trees and different types of grasses, and rarely ever had clouds, for whatever reason,” Horn said.

Horn’s inspiration to teach sprang from the want to be better than what he was given, even before his high school years. He knew he wanted to teach art early on, and says he was never hesitant toward pursuing art or toward his skill level.

“Eighth grade, I had a lousy art teacher – that’s what made me want to teach art. She would give assignments that only ever had one answer,” Horn said. “It was a how-to class, she would teach you how to do different things, but [would] never tell you why, and never gave you the freedom to do it differently. I said, ‘there’s got to be a better way,’ so I decided that I wanted to be an art teacher.”

Horn lives out his dream by treating his job as more than just a chore, but a passion, and stays animated and interactive with his students on the daily.

“He’s fun to talk with. Other teachers, you just have them in your class, and you’re done, you go away,” Shawn Carter, senior and art student, said.

In high school, Horn learned about the more technical and structural aspects of art. He says the art assignments he did in school never did very well, but what he did on his own, at home, was what won him scholarships and awards.

“I did a lot of painting and portraits at home. I was greatly influenced by the group known as the School of Paris [and] their loose type of painting,” Horn said. “I was greatly influenced by the concepts of the surrealist. I would allow my work to basically have whatever my little teenage heart desired. It gave me a chance to experiment, try new ideas, try new techniques with no overbearing teacher.”

In order to avoid becoming a ‘starving artist,’ Horn advises prospective artists to not limit themselves with one medium, because one is not going to be enough to portray whatever your messages are. He points out that that’s why experimenting is key.

“I did photographs, etchings, paintings, drawings, sculpture, video, you name it. All those things to help support what I was trying to pursue,” Horn said.

Horn received his graduate degree from Goddard College, which he said was “awesome,” because anyone could throw out any crazy idea, and someone would catch it.

“It was a school in which case, it pushed creativity and it always wants you to be continually exploring,” Horn said. “Ideas that were not particularly creative, or ideas that were not potentially new to the scene would be quickly called out. You were never just following a prescribed plan. You never had a dull day. You never had a wasted time because no one would allow that time to be wasted.”