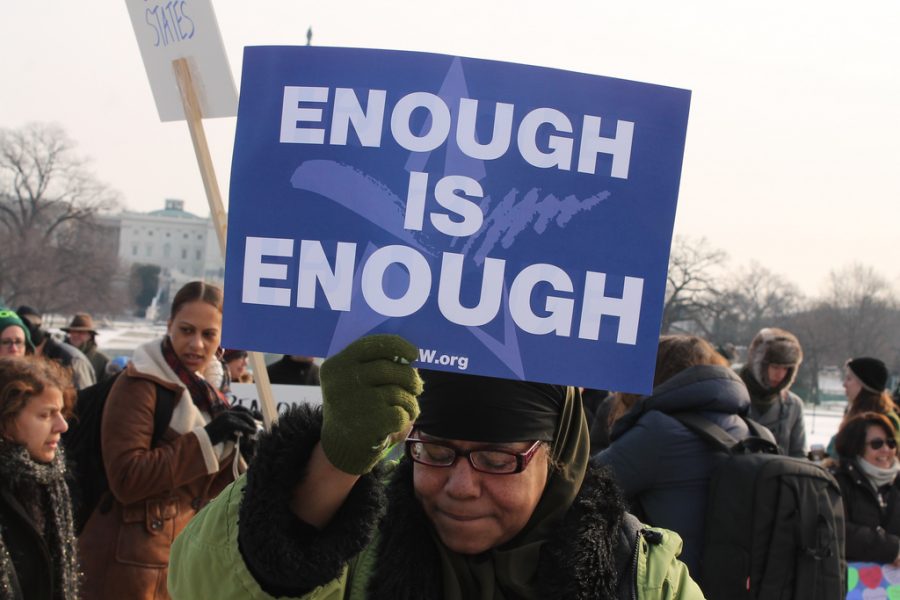 War against the world (Opinion)

How one shot can change our world forever

The sound stuns the area, confusing others around. Everyone freezes, unsure of what is happening. Suddenly, a horde of people run in every direction possible as the sounds get louder and louder. Chaos continues on throughout the night as the shots never stop. People get low as they pray and hold their loved ones as tight as they can. It shouldn’t have to be this way, but in today’s world, these events keep happening, and no one has stopped it.

Since January of this year, over 273 mass shootings have occurred in the United States, yet in Australia, there have not been any mass shootings since 2014. In Australia, they have placed strict gun control laws that have prevented these acts of evil. Even after the Sandy Hook shooting, the Pulse shooting, and the most recent Las Vegas shooting that left 58 people dead and over 500 injured, gun control laws have still not been put in place in America. Many people decided to help by expressing prayers and opinions on Twitter, and many tried to take action by donating blood or spreading awareness of hotlines and hospitals to help the many people affected from these tragedies.

After a whopping amount of shootings this year, the need for a change grew as many political leaders began to acknowledge that there is a need for improvement. Hillary Clinton and Elizabeth Warren reached out the day after the Las Vegas shooting to voice their opinions on the subject. They both believe that the control of guns is imperative, as it has cost the lives of the innocent. Shootings have created an uncertain future for our world if they continue. The majority of America’s population can buy their guns at a specific store, or sometimes they can get away with buying a gun without a permit. Guns have also caused many protests and rallies that have either caused harm or have spread dangerous concerns to the public. With full gun control laws in place, the United States can become safe and more secure.

Even though the Constitution states that “the right of the People to keep and bear Arms shall not be infringed,” the safety of the current population and future generations is at stake. In the current state of this country, people are getting anxious and aren’t feeling as safe as they used to due to all of this sudden violence. If the government enforces better laws, the safety of our country would improve and more people would be able to trust again. Also, many people seem to believe that having a gun in their house makes them feel more comfortable; but if more people seem to have guns, those guns may suddenly be used for a different purpose than being used for those “just in case” circumstances. The homes of police officers and other organizations alike have the right to hold guns in their home due to their positions, yet if more people other than security officers have guns in their homes, it can lead to many big concerns.

In today’s society, one of the main priorities is safety for this country. The past four years have been tense with different attacks and shootings around the world. If the government can make stricter rules on gun purchases and on the use of guns, the United States would become a safer and better place to live. If the United States can join with other countries to ban guns and form stricter laws, maybe the war against the world could end.