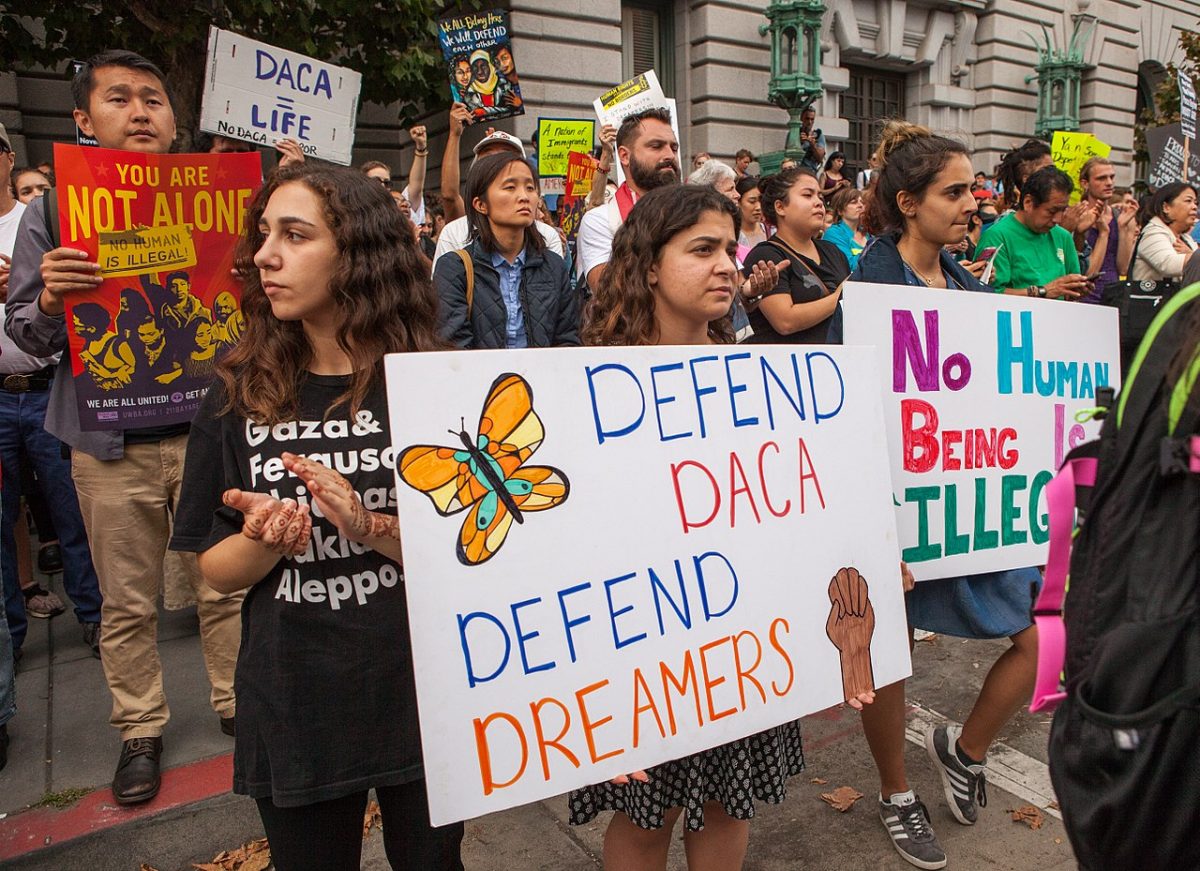 The fight to keep dreaming (Opinion)

Why ending DACA is more than a political power move

Since 2012, nearly 800,000 young immigrants have benefited from DACA, Deferred Action for Childhood Arrivals. That’s hundreds of thousands of young people who were brought to the United States by their parents with the hopes of creating a future for themselves. The freedom and opportunity that America offers is all that many of them have known. Ending DACA would kill the dreams for the futures that we let them believe they had.

Since childhood, these young immigrants have had the chance to lead full, free lives – they’ve had the chance to gain higher education, have access to jobs, and live without the constant worry of deportation. These chances are changing lives. Today’s teens are our future, and that doesn’t just mean American teens. Teens of all colors and backgrounds are the people who are going to change our world for the better. To take away these chances after almost a decade of promising safety and opportunity is callous and short-minded.

When I think of DACA I think of one word: opportunity. And these opportunities don’t come without a cost. DREAMers pay to have their status renewed every two years, and the price is steep: $465. These immigrants contribute to America’s economy not only through their education and careers, but through the price that they pay for freedom.

Many of them have said that if Congress goes through with Trump’s plan to end DACA, they will be deported – and to a country that they have never known. If they lose their status, they will return to war-torn, dangerous countries with economies and governments that are shaky at best. For most of United States’s DREAMers, America is the only home they’ve ever had. They will no longer enjoy the safety, comfort, and privileges that their parents risked their lives for.

Beneficiaries of DACA do not come to America to take jobs from natives, or because they felt like a change, or even simply because they wanted to take advantage of the opportunities that America offers. They came to America because the countries they left behind are unlivable. It is not a life you’re leading if you are in constant fear of the wars, economic crises, and corrupt governments that are taking place right in your backyard. These immigrants came to our country because it was their only chance, and to send them back to the countries they escaped from would be heartless.

These young people contribute to the diversity, economy, and heart of America. Taking away the status of these DREAMers is not only a political decision that I don’t agree with, it’s a cruel way for President Trump to show his power by preying on our most vulnerable. I am not a DREAMer, and you may not be either. But DREAMers are just like you and me. They have hopes and dreams for their futures, and we have to fight to let them have the same opportunities that we take for granted.